Cleveland’s Suburb in the City: The Development and Growth of Lee-Harvard 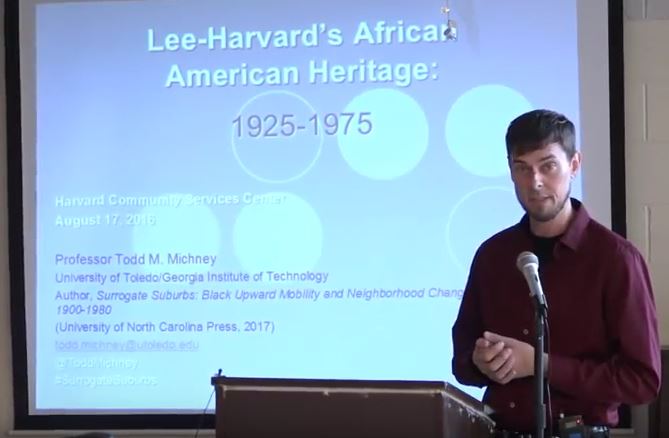 A series of two discussions that explored the cultural heritage of Ward 1 were held recently that helped us learn more about the Land Use changes as the Mill Creek community developed and expanded in the early 20th century.

Land development in Lee-Harvard started in the 1920s but stalled during the 1930s. Dr. Todd Michney discussed the building of homes by Arthur Bussey and other African-American builders in the southern section of the neighborhood and the integration of the northern section in the early 1950s.

This discussion was held on August 17, 2016 at Harvard Community Services Center and recorded for posterity.

Cleveland’s Suburb in the City: The Development and Growth of Lee-Harvard