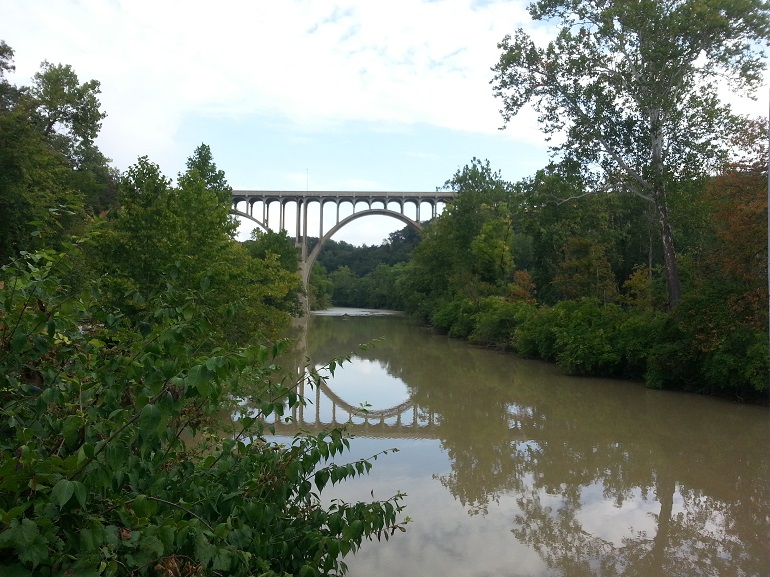 The lower 46.5 miles of the Cuyahoga River, including all the tributaries that drain to that section of river, and the adjacent Lake Erie shoreline and its tributaries, comprise the Cuyahoga River Area of Concern (AOC). The AOC begins at the head of the Gorge Dam pool in Akron/Cuyahoga Falls, ends at Lake Erie, and includes the shoreline from the western Cleveland border to Euclid Creek on the east.

In 1992, part of the AOC, along the mainstem of the river and nearshore Lake Erie, was determined to be impaired for aesthetics.

The AOC Advisory Committee and Ohio EPA need your help in determining changes in these aesthetics over time. Your input will help to determine the current condition of aesthetics in this area, noting any improvements or further degradation.

For the purposes of this survey, aesthetics:

Surveys must be completed by September 30, 2016. Click here to take the survey.